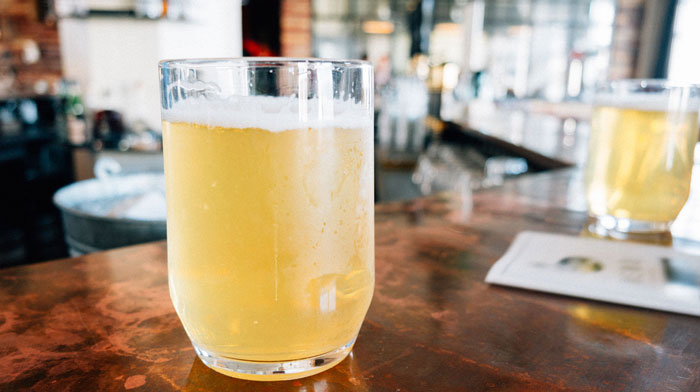 Years ago, a dev friend of mine gave me a call about a cool new startup, they only had one founder and an advisor, they were in stealth mode and were looking for a new coder to take over operations. He was their only coder for a while and he had to move onto something else, don’t know why.

He didn’t explain the idea but the opportunity sounded interesting to me and if a startup advisor was on board there must be something there. I just finished my last gig at a startup and was looking for something new, so I sent a quick email to the founder and setup a low-key meeting at a bar.

That weekend, I slowly walked to the bar and met with both the founder and the advisor. The founder, wearing a t-shrt of the startup, explained to me the idea, which I was instantly skeptical of because it was quite similar to my last startup that was not gaining traction.

We continued talking and eventually it was mentioned they had no investors but they could give equity- -yep, 10% of nothing is still nothing was what I was thinking. I was ready to leave until I heard from the advisor and learned about the high-profile startups he was part of. Ok, maybe I will stick around a bit and learn something from this guy.

I agreed to help out when I could, this ended up being translated to full-time on the weekends and we quickly parted ways.

The next day I received an email from the advisor, he wanted to meet with me to talk more about the opportunity. Sure, this is a good chance for me to learn something and get feedback on my startup idea I had on the backburner for a while.

So I hurry down the next day to a cafe shop. He wasted no time and elaborated more on the idea, then talked about his experience and then opened the conversation to me. I first asked for some startup advice.

What’s the most challenging part of a startup?

He took a small pause and replied with, “Managing people”, makes sense but he didn’t elaborate further than that, which was disappointing.

I quickly moved to the next topic, I eargerly expressed my startup idea, the research I have done and why I think this is a great idea I didn’t have much of a buisness plan, after all most startups just need a strong user base, the money flow comes later.

Now any kind of feedback is useful to a person, it can be negative or positive, but what I got was the worst king of feedback. After my pitch, he asked me one question.

How are you going to make money?

I didn’t have an acceptable answer of course, advertising and monthly subscriptions? Then he just paused, looked at me with this blank look on his face, he said nothing and then changed topics. I didn’t know how to translate that, should I just give up now? Of course this wasn’t a a winner in his eyes, but how is this any worse than what he’s part of now? At least I’m technical.

Terrible feedback, I got nothing from that and soon after he had a meeting to attend, so we parted. Oh, just before leaving, he reminded me to do my part and help in anyway I can on the project. It was like he had no shame to tell me exactly what he wanted from me. Of course this angered me and felt like I didn’t matter to him.

The later that day I got a call from the founder, two documents had to be signed– a non-disclosure and something else– before the code could even be shown to me.

That was the final straw, I’m not signing anything to have to privilege of working for free at this startup. The founder’s friend wasn’t willing to spend a couple minutes giving any sort of advice, and still had the audacity to push me to work on the weekends, so why should I help you in anyway?

Thanks for the opportunity but no thanks. The founder was surprised in my change of mind and wanted an explanation. I said something along the lines of I don’t have the time, but it didn’t matter to me I wanted to end the conversation as soon as possible.

The moral of this story is not always get paid for your time, it is do not waste your time helping people who do not deserve it. Appriciation and thank you go a long way. A lot of people ask for help but make no effert to return the favor.

Years later, I was curious to see how this startup was doing, maybe it got big and I made a mistake, so I took a quick look online. The founder was on to a new idea– not surprising –with a new site, with new t-shirts and all. Looks like I saved myself some headache.